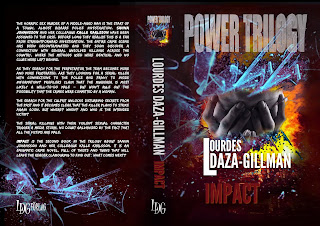 IMPACT – Power Trilogy book 2, is a stand-alone follow-up to DESPAIR, where we first became acquainted with Sanna Johansson and her colleagues at the Stockholm Police. The horrific sex murder of a middle-aged man is the start of a tough, almost bizarre police investigation.

The inspectors, before long, realize this is a far from straightforward investigation. The entire crime scene has been decontaminated and they soon discover a connection with several unsolved killings across the country, where the methods used were identical and no clues were left behind.

A new updated version is now available at your online bookstore. Get your copy now.